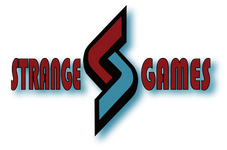 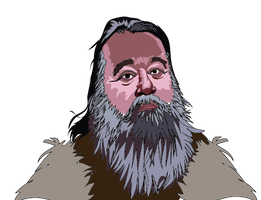 Jarl Grim got his name “the Hungry” in his childhood years. He had an unending appetite and would always have something to eat nearby. His older brothers started picking on him as he slowly grew out of his clothes. Grim tried to stop eating, but the bullying only made his hunger worse.

Grim had one friend growing up. This was a thrall-girl they called Moon. She had been taken together with her family from a raid in Gardariket. Grim and Moon would sneak off and play in the forests surrounding the village every day. The escapades to the forest weren’t as secret as they thought, but Grim’s mother had persuaded Grim’s father to let him keep his friend by saying that it was better he was out in the forest playing with a thrall, then running around town making a fool of both himself and his father.

In his 16th summer, Grim was the biggest man the lands had ever seen. He was seen as a freak, even by his mother and father. No one, apart from Moon, had ever believed he would amount to anything. One day, as they were walking through the forest Moon stopped in front of him and told him to sit.

She was ready to share a big secret with him. Grim sat down and were left stunned as his childhood friend changed before his eyes. Suddenly, the goddess Ran stood in front of him in her place. “I have had great pleasure watching you grow mortal”, she proclaimed. “You have been good to me always, even when you have been mocked for it. For this I will reward you handsomely”. Grim had to slap himself to be sure he was awake. “Your peers have not been so nice. Neither to me or to you, and they will get what they are due as well. Rise up and walk back to town. You will find a feast in your honour in the great hall. I will leave you now, but we will meet again”. Ran vanished before his eyes, and Grim went back to the village. As she had promised, the great hall was bulging of food and drinks, and all the villagers had come to feast with him. Everyone but his mother, father, and brothers. They were nowhere to be seen.

The days went by, but no word came from his kin.  Grim, as the only rightful heir to the Jarl-seat, he was accepted as the new Jarl. Even if the villagers accepted him to be the rightful Jarl, it didn’t take long before his rule was challenged. Thorgir Halvorrson, one of his father’s men, saw his chance and challenged Grim to Holmgang, a duel to the death. Grim, certain of defeat, decided to flee his Jarl’s seat. That night, he gathered up a few men, some thralls and a few belongings and fled the town, determined to live and to find his lost love Moon. He had heard rumours that the gods were very curious of the new lands of Westfoldir.